Well Autumn is definitely in the air. Kids back at school and I went back to work. We did a drive in version of La Boheme. It was such a joy to make music again and to be part of something so wonderful.

Reading wise however, it has been a little slow. There have been quite a few books I just couldn’t get into….life is too short to continue something you aren’t loving hey???!!! 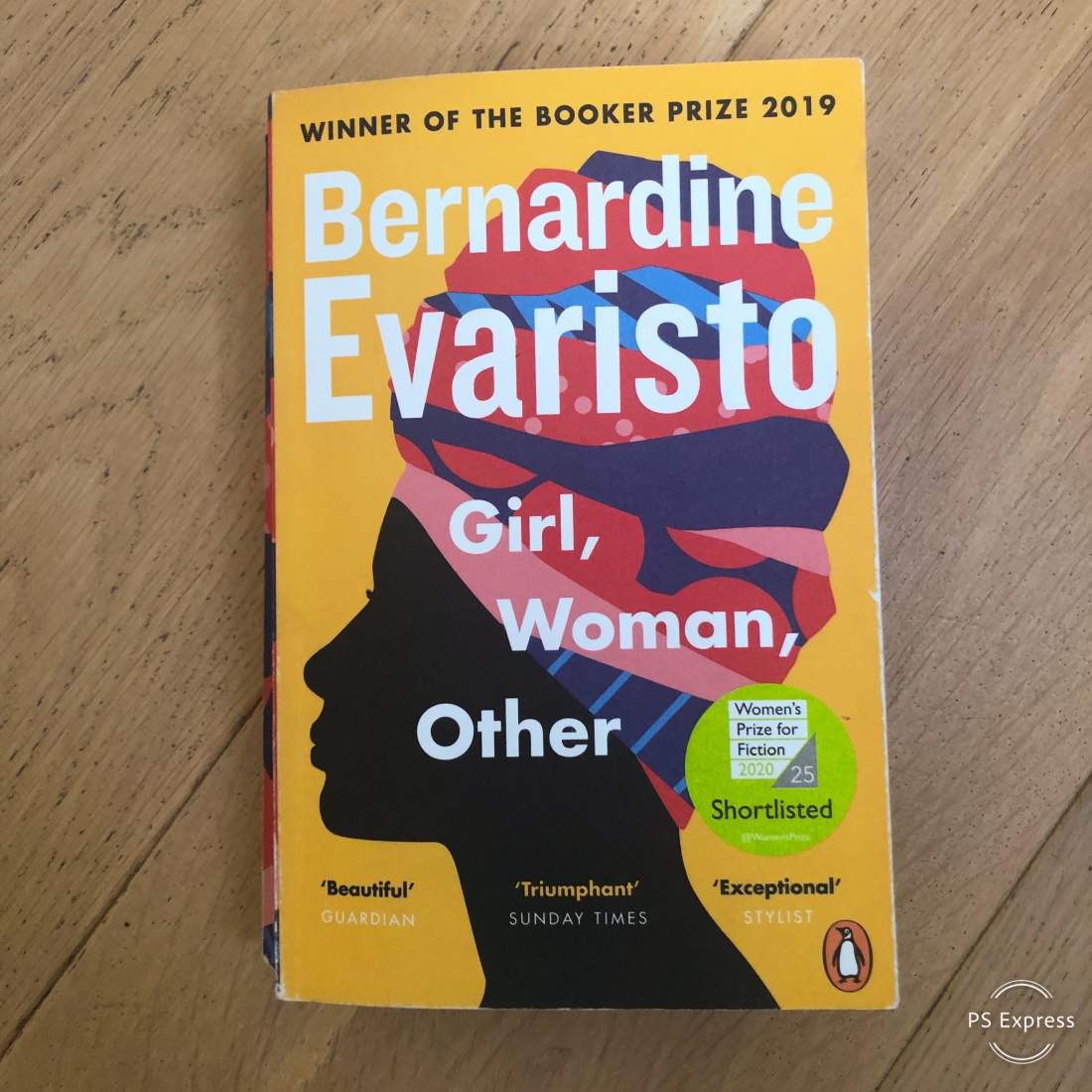 From the top of the country to the bottom, across more than a century of change and growth and struggle and life, Girl, Woman, Other follows 12 very different characters on an entwined journey of discovery.

It is future, it is past. It is fiction, it is history.

It is a novel about who we are now. 

I am someone who suffers from book pressure. Maybe it’s a lack of self confidence….the last few months I definitely feel like I have lost the confidence to feel like my opinion is valid. On finishing this book I went to Goodreads to update my status. All the reviews were 5⭐️. I felt intimidated by all the accolades and so immediately rated it the same. However, this rating niggled at me. Was it a 5⭐️ read for me??? Was it a book that has changed my life??? Was it a book that I would never forget??? Yes, I really enjoyed it but on reflection I think it is a 4⭐️. This book almost reads like a book of short stories. I have written before that in my opinion, authors of short stories are under more pressure….if you don’t like one story it will affect your overall view of the book. If you don’t engage with every chapter in a straight novel does that change your feeling about the book as a whole??? Of course not. With Girl, Woman, Other, some characters I really engaged with. I love the chapters about Dominique and Bummi. However, reading some characters felt like a bit of a chore. I want to be fair and say that this may not have been as a result of the writing – much more likely was that I was possibly a bit distracted on that day. Anyway, this did affect my overall enjoyment of the book. I felt the After Party chapter was unnecessary….why was there suddenly a big chunk from Roland’s perspective??? I also saw the Penelope/Hattie plot coming quite early on – there must be a reason for a white, slightly racist woman being included. I have listened to quite a few podcasts with Bernadine and I think she sounds a fabulous, intelligent and interesting woman. I’m very pleased I read this book. 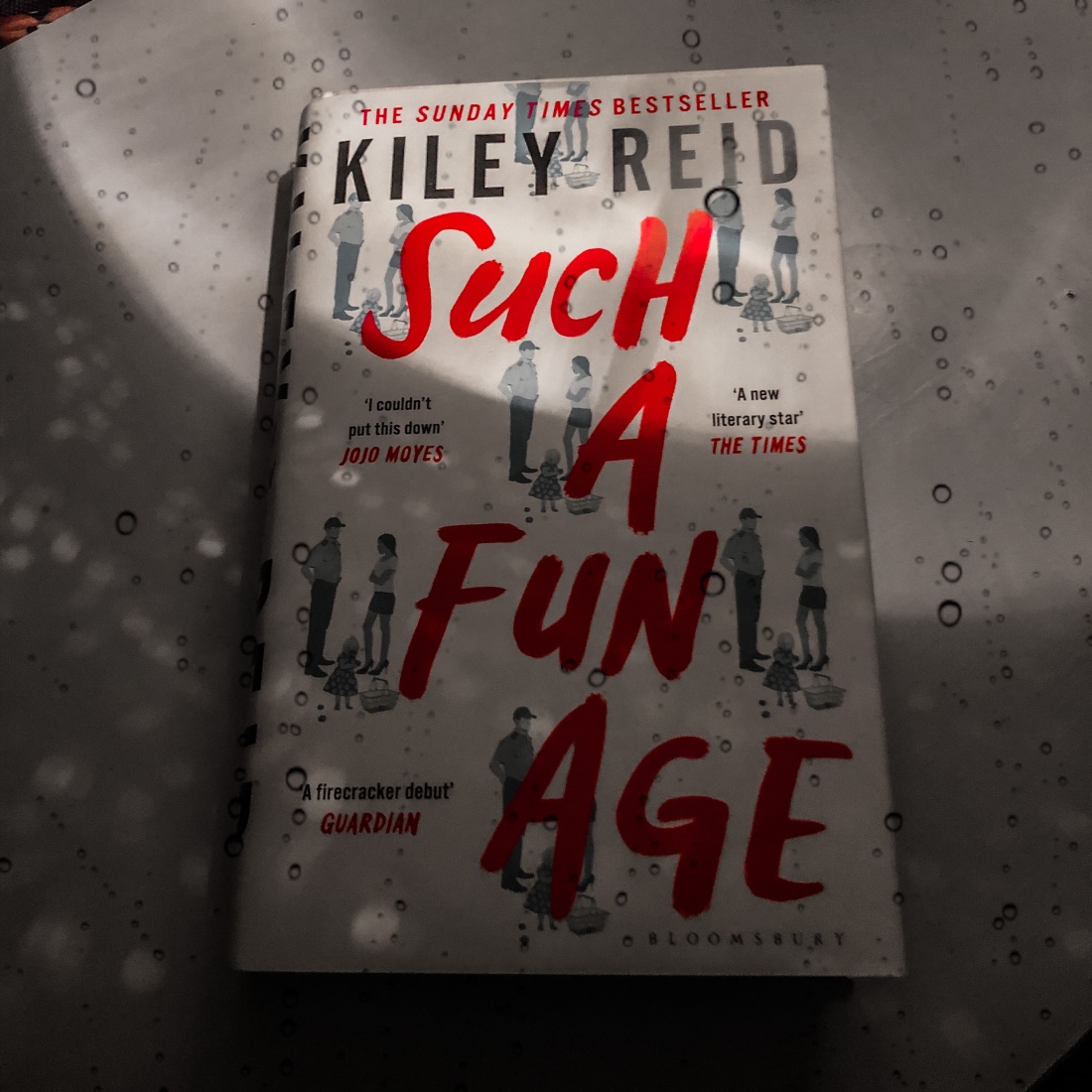 When Emira is apprehended at a supermarket for ‘kidnapping’ the white child she’s actually babysitting, it sets off an explosive chain of events. Her employer Alix, a feminist blogger with the best of intentions, resolves to make things right.

But Emira herself is aimless, broke and wary of Alix’s desire to help. When a surprising connection emerges between the two women, it sends them on a crash course that will upend everything they think they know – about themselves, each other, and the messy dynamics of privilege.

I thought the book started really well. I was hooked. So many important and weighty issues which initially had me completely invested but as the book played out I just felt that these issues were skimmed over. Controversial statement but I just felt that this was almost….chick lit. I feel I need to explain myself better here – any author that gets tons of readers to engage with their work deserves praise, but for me, writing a book about such weighty issues such as racial inequality and only really stroking the surface of these issues, so as to appeal to the masses made me ridiculously frustrated. I also didn’t get on with the dialogue…I thought it was really superficial and prevented me from engaging with the characters. Sorry Kiley.

1826, and all of London is in a frenzy. Crowds gathered at the gates of the Old Bailey to watch as Franny Langton, made to Mr Mrs Bennett, goes on trial for their murder. The testimonies against a damning-slave, poor, seductress. And they may be the truth. But they are not the whole truth.

For the first time Franny must tell her story. It begins with a girl learning to ride on a plantation in Jamaica, and it ends in a grand house in London, where a beautiful woman waits to be freed.

But through her fevered confessions, one burning question haunts Frannie Langton: could she have murdered the only person she ever loved?

There is something ridiculously comforting about historical fiction and cold, winters days. 🍂🍂🍂🍂🍂🍂🍂🍂🍂🍂🍂🍂🍂🍂🍂 I really enjoyed this and stayed up late last night to finish. Sara Collins has created something original…..a gothic novel with a black protagonist: “I wanted a Jamaican woman in Jane Austen territory.” This novel deals with heavy themes, slavery, addiction, abuse, women’s rights. It is so layered and beautifully written. Frannie will stay with me for a long time.

Fingers crossed for a better reading month in November!!!!