Excuse the lateness of this post. We are in the midst of a delightful, festive outbreak of hand, foot and mouth. We are basically housebound and are spending our days watching Home Alone and Home Alone 2 on repeat. The girls 6 and 4 think it is the most hilarious thing EVER.

Anyway, Merry Christmas to all! I hope Father Christmas brings you some good books!

The intelligent and outspoken child of radical Marxists, and a great granddaughter of Iran’s last emperor, Satrapi bears witness to a childhood uniquely entwined with the history of her country. Persepolis paints an unforgettable portrait of daily life in Iran and of the bewildering contradictions between home life and public life. This is a beautiful and intimate story full of tragedy and humour-raw, honest and incredibly illuminating. 

This was my first time reading a graphic novel. Whilst looking up Satrapi on Wikipedia I learned that she hates the term ‘graphic novel:’

‘People are so afraid to use the term ‘comic.’It makes you think of a grown man with pimples, a ponytail and a big belly. Change it to ‘graphic novel’ and that disappears. No: it’s all comics.’

This should give you a small insight into Satrapi. She is a straight talking, no bullshit kind of woman.

This ‘comic’ is Satrapi’s autobiography that tells of her childhood and teenage years growing up in Iran during and after the Islamic Revolution. I thought it was BRILLIANT. I think I was most surprised by how moved I was. Satrapi’s simple black and white images don’t detract from the story which is ultimately about a girl growing up….learning about boys, friendships and her own identity against the harsh fundamentalism of the Iranian regime. 👏👏👏👏👏👏👏👏👏Aimed at YA, it is a great tool to challenge Western stereotypes, treatment of women and also it provides a platform to discuss fears of the Middle East. ⭐️⭐️⭐️⭐️⭐️⭐️⭐️⭐️⭐️⭐️⭐️ My only criticism is the size of the writing….my 38 year old eyes struggled to read the teeny tiny writing. 😂 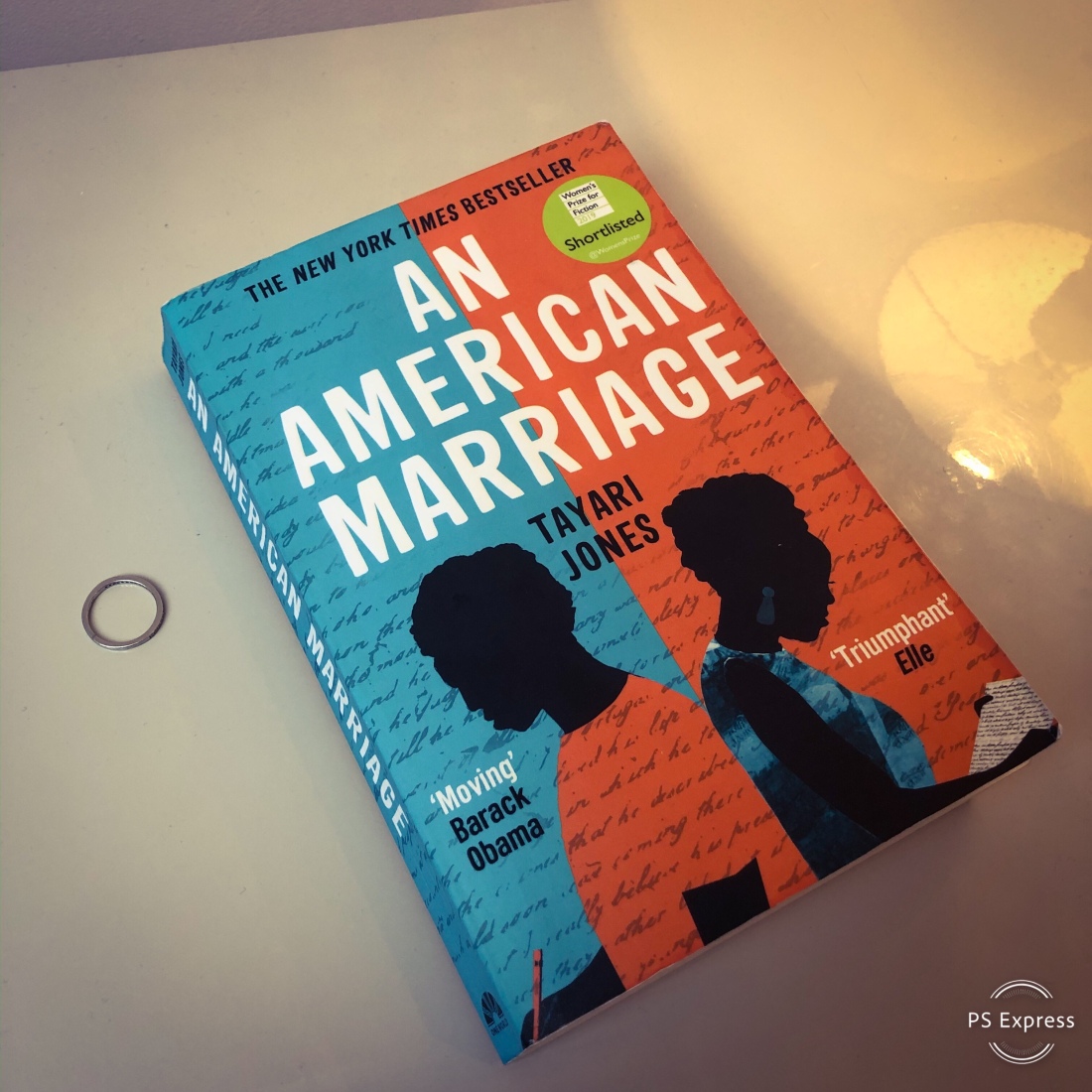 Newlyweds Celestial and Roy are the embodiment of the American dream. He is a young executive, and she is an artist on the brink of an exciting career. Until one day they are ripped apart by circumstances neither could’ve imagined. Roy is arrested and sentenced to 12 years for a crime Celestial knows he didn’t commit.

Devastated and unmoored, Celestial finds herself struggling to hold onto the love that has been her centre, taking comfort in Andre, their closest friend. When Roy’s conviction is suddenly overturned, he returns home ready to resume their life together.  

Hmmmmmm. It’s a funny thing when a book is lauded by the media and when you read it you are left feeling a little, well, meh. This book recently won the Women’s Prize for Fiction and so I was really excited to pick it up. It was very readable and I got through it quite quickly but the only character I liked was Big Roy and he was a secondary character.

Feeling a little like ‘I wasn’t quite getting it,’ I decided to read some reviews. After reading a review on rewritelondon.com I learned:

With 2.3 million people in prison or jail, the United States leads the world in incarceration. Of this excessive, unjust number of incarcerated individuals, Black men are disproportionately represented – 1 in 3 Black men are likely to be imprisoned in their lifetime as compared to 1 in 17 white men.

Unfortunately for me, this book was trying to do too much. I felt Roy’s wrongful imprisonment needed to be made more of. I guess the whole point was the impact of mass incarceration on a marriage but I don’t believe Roy and Celestial’s marriage would have survived anyway. Even without a jail term, their marriage was already struggling. They already had trust issues and I don’t believe they actually really knew each other. As a result, as a reader, I didn’t really care. I disliked them both, I was unconvinced by their marriage in the beginning so in the end when it broke up I couldn’t care less.

That being said, I am clearly MASSIVELY in the minority. People love this book. For me it just left me feeling a little cold. 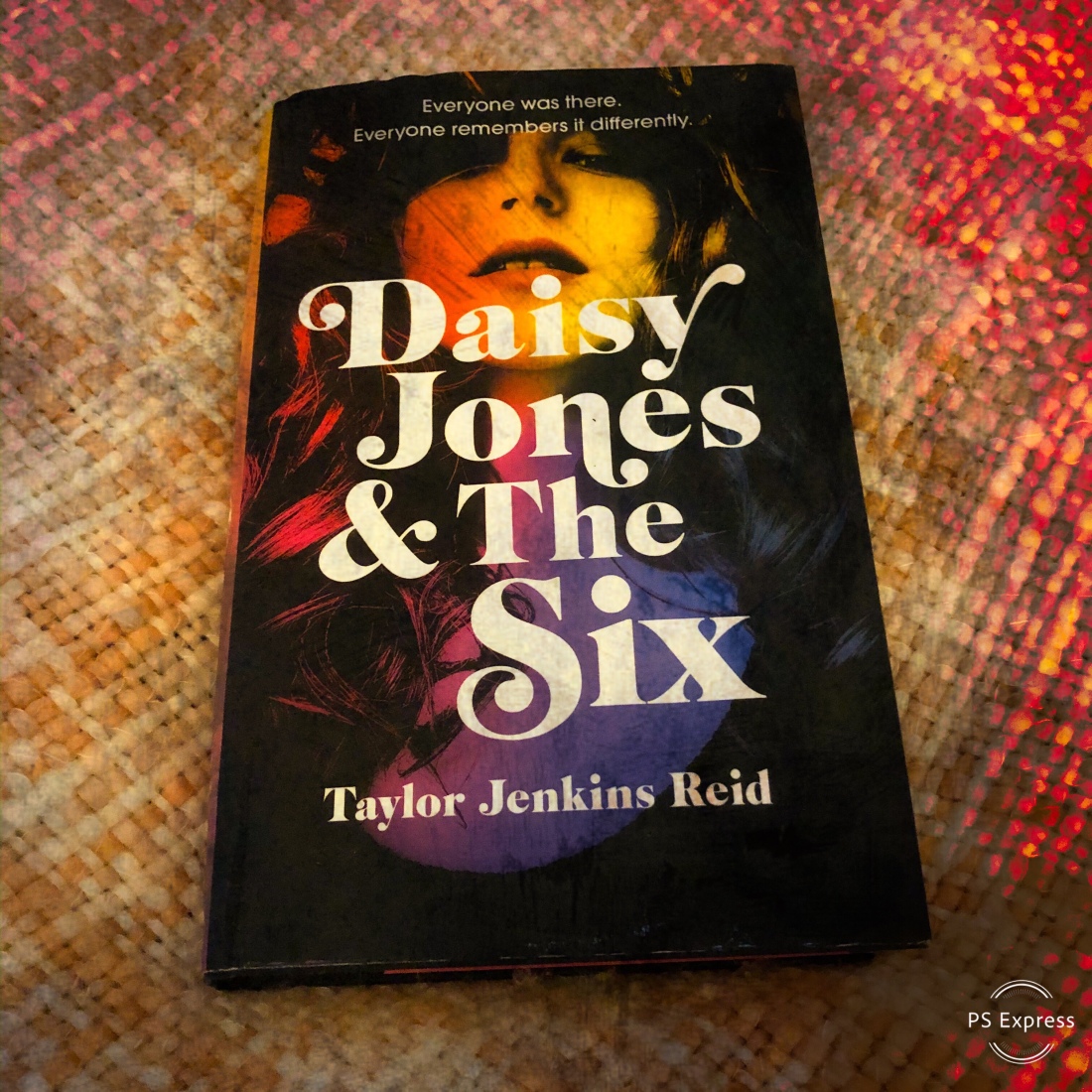 For a while, Daisy Jones &The Six were everywhere. Their albums were on every turntable, they sold out arenas from coast to coast, their sound defined an era. And then, on the 12th of July 1979, they split. 

Nobody ever knew why, until now.

They were lovers and friends and brothers and rivals. They couldn’t believe their luck, until it ran out. This is their story of the early days and the wild nights but everyone remembers the truth differently.  

The only thing they all know for sure is that from the moment Daisy Jones walked, barefoot, onto the stage at the Whisky, the band were irrevocably changed. 

This was our book club pick for November and all in all it was a hit. I loved it. It was a quick, pacy read and perfect for me right now. Sleep deprivation has well and truly hit home and I need a book that is going to grab my attention from page 1 and not finally at page 61.

The format of the book is just brilliant. It took me right back to the days of reading Take That interviews in Big Magazine with my friends at school. A few of us, me included, had to google if they were actually a real band. I loved the contradictions you get from different people when asked about the same thing:

Graham: “Billy was always in charge, you know? Billy wrote the lyrics, Billy composed and arranged all of the songs. If Billy goes to rehab the tour is over. If Billy is ready to go back to the studio, we all have to report for duty. He ran the show.”

It was all just so believable and kudos to Jenkins Reid for the mammoth amount of research she must have done to make all the characters appear so real and individual.

We had a great discussion at book club about the lyrics for the album being placed at the end of the book. Some loved it. I personally skim read them. I preferred to imagine the lyrics…the ones written down didn’t come close to the brilliance of the ones I imagined. 😂.

As well as being a novel about the music, this is a love story. Normally I avoid love stories like the plague but this kind of love reminds me of Sally Rooney’s novels – messy, painful and realistic.

This book was a unanimous hit in my book group. Some members who enjoy the more high brow choices we read felt like they needed something ‘more.’ Those members enjoyed it but like to feel they have been intellectually challenged by a read. This book isn’t a challenge but it’s bloody enjoyable and for me that is what I need from a book. At the moment, life is challenging enough. I want to get into my bath at the end of a day and be immersed in a brilliant read. In my opinion, Daisy Jones was just that, a brilliant read.

See you next month. X