August has been a slow month. The Summer holidays have felt loooooong. I am writing this during the last week of the school holidays. We are on holiday in beautiful Wales. We spent 2 nights in the Celtic Manor. This hotel reminded me of something you would find in the US. Absolutely massive hotel. I don’t think I have ever stayed anywhere with an underground car park and endless escalators. There was lots of stuff for kids to do and eating in the bar in the evening was fab as there were tons of kids so I didn’t feel self conscious being there with a crying baby. The downside was that we were staying in the Manor House which is part of the hotel but the other end….it’s a bit like the Celtic Manor’s poor relation. No escalators in this part of the hotel. Ozzie got proper annoyed with carrying the buggy. We also had a really dark and dingy room. Having a shower was like being at the bottom of a well.

We then spent 3 nights at a glamping site called Wild Wellingtons. This site is just beautifully done. It’s pretty small – 2 pods sleeping about 5, a shepherd hut sleeping 4, a communal kitchen, 2 beautiful bathrooms, fire pit and a great play area. We were in the shepherd’s hut which had 2 bedroom and the most comfy beds. Edie and Ceci had the most wonderful time running all over the place doing what kids do. Tom and Sinead the owners were fab. I was amazed to learn that Tom pretty much built the place by himself. Sinead added tons of brilliant touches – egg boxes for the kids to collect bugs, a beautiful welcome pack, activities for the kids.

We are now staying at a brilliant place called Clydey Cottages. I can’t recommend it enough if you have young kids. Accommodation is lovely and cosy. All cottages have wood burners. Warm pool, play room and soft play for kids. Big DVD library, tons of baby equipment. I feel relaxed and I even finished a book this morning!!! 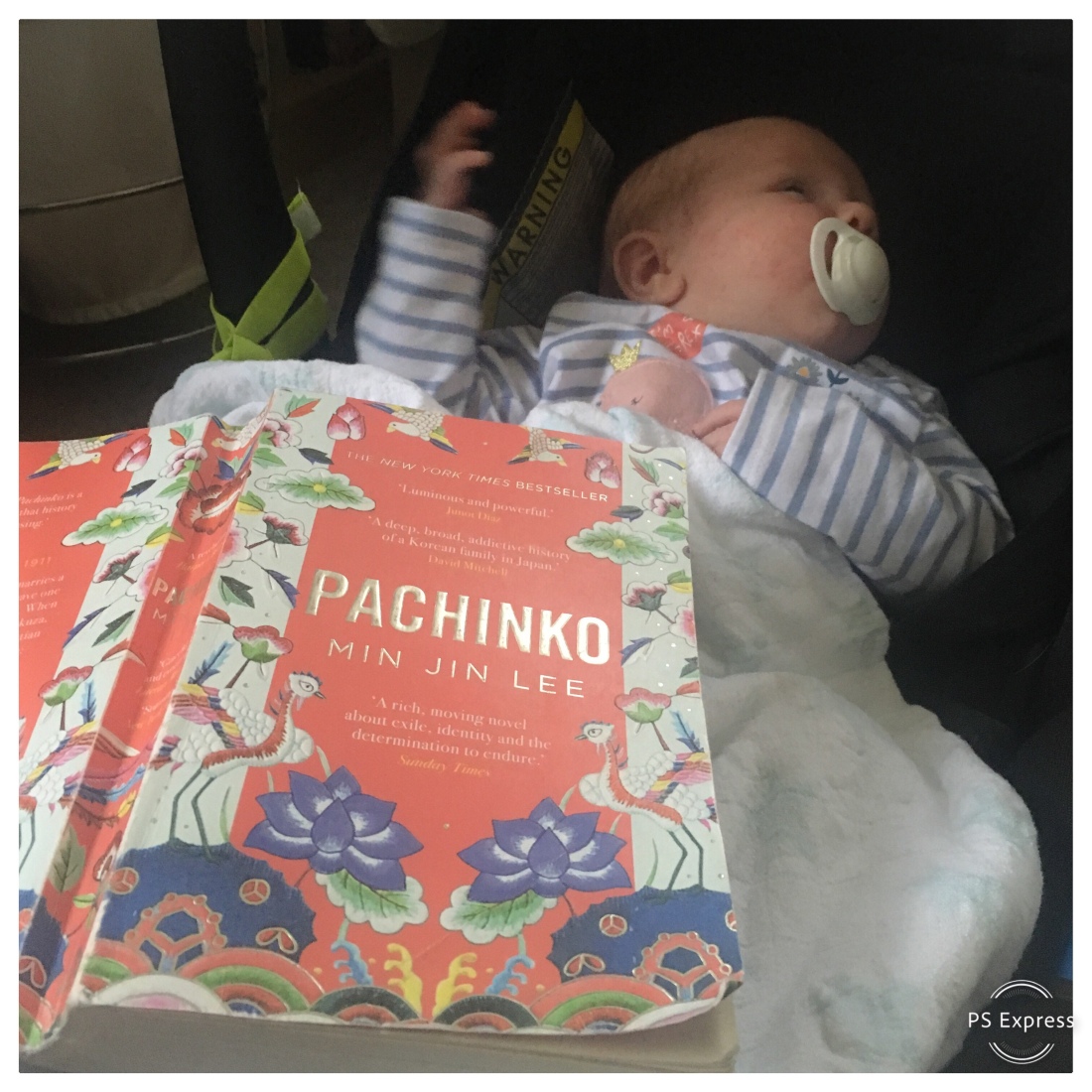 Yegondo, Korea 1911. A club-footed, cleft-lipped man marries a fifteen-year-old girl. The couple have one child, their beloved daughter Sunja. When Sunja falls pregnant by a married yakuza, the family face ruin. But then a Christian minister offers a chance of salvation: a new life in Japan as his wife.

Following a man she barely knows to a hostile country where she has no friends and no home. Sunja’s salvation is just the beginning of her story.

I am a pretty fast reader. I love nothing better than going to bed at the same time as the kids and reading for hrs! Beds are for books not sex!🤣📚Anyway since the summer holidays started and Maisie was born my bed is just for sleep…and not much of it. 🤬. It has taken me a full month to get through Pachinko 🤦‍♀️. For me to enjoy a book I usually have to get through the first 60 pages in one go so I get hooked. It took me about 5 days to get through the first 60 pages of this book just due to lack of time and absolute exhaustion. That being said this is a 5⭐️ read for me. I have lived with 4 generations of this Korean family for a month now and i feel a little bereft now it’s finished. In many ways this was a quiet book – no major action sequences. It was just a beautiful book about family and how the decisions you make affect future generations. Anyway if you love a family saga pls read this book. I adored it! 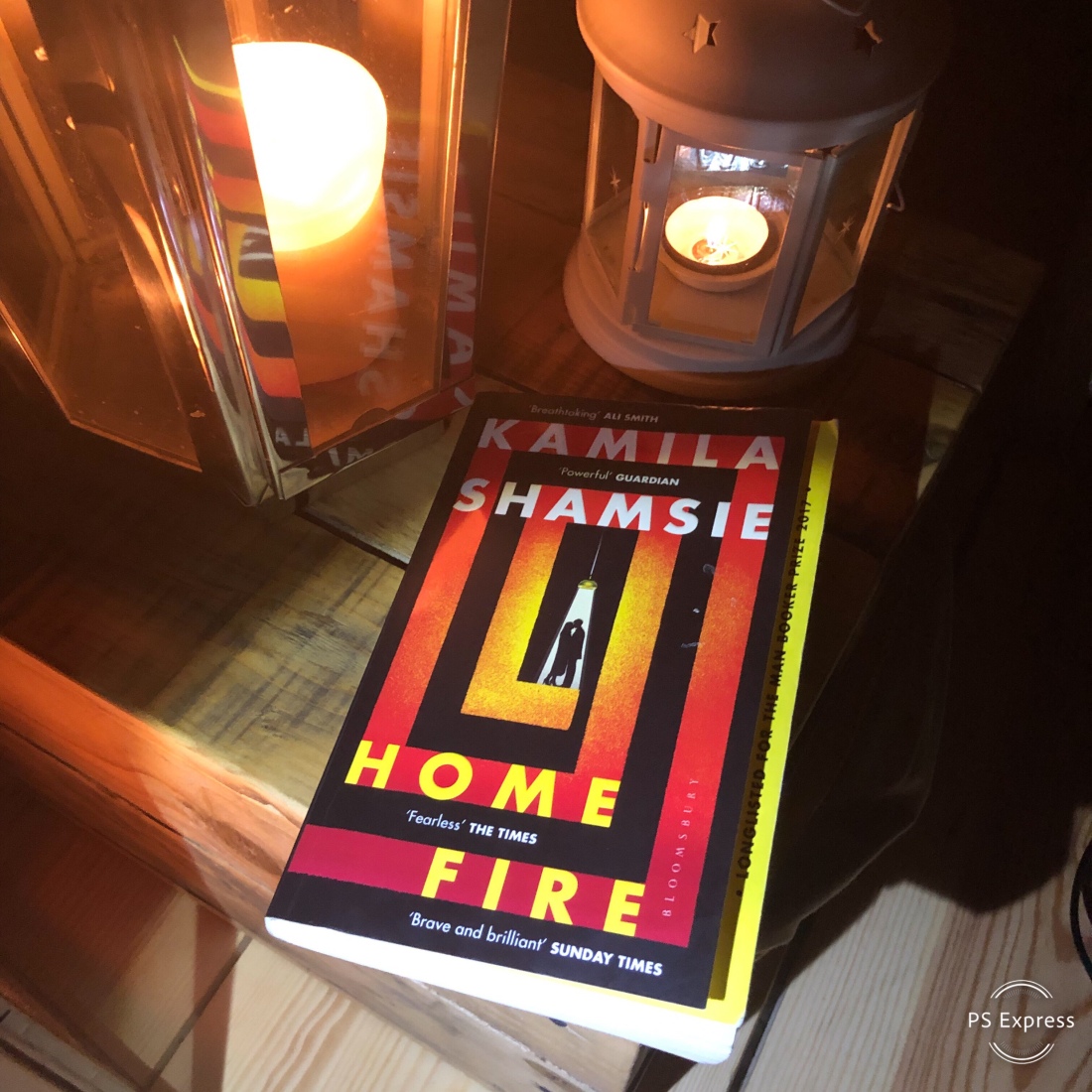 For as long as they can remember, siblings Isma, Aneeka and Parvaiz have had nothing but each other. But darker, stronger forces will divide Parvaiz from his sisters and drive him to the other side of the world, as he sets out to fulfil the dark legacy of the jihadist father he never knew.

Wow this book. Just wow!!! It’s been a long time since I have found a book so sad, distressing and moving.

On 18th September 2004, Liverpudlian man Kenneth Bigley was kidnapped by an Islamic extremist group. The group said they would release Bigley and his two colleagues in 48 hours if coalition forces released their Iraqi women prisoners. Bigley’s colleagues were killed when the deadline expired. Ken Bigley was beheaded two weeks later. I remember Mr Bigley’s exhausted and terrified face on the front pages of all the papers. Each morning I woke up hoping that our Government had managed to intervene and save that poor, innocent man. On the 22nd September, the captors released a video of Ken Bigley begging for his life. Despite all efforts to save him, Ken Bigley was beheaded on 7th October.

Shamsie’s Home Fire won the a Women’s Prize for Fiction in 2018. I can honestly say it has been a long time since a book has moved me like this. This is a hard and uncomfortable read but Shamsie handles the subject matter with great sensitivity. Shamsie based the novel on on Sophocles’s play Antigone. Not having studied classics I rushed to Wikipedia….god it’s confusing so I shall save you from my opinions about Sophocles. I did manage to work out that Antigone is represented by Aneeka. Aneeka’s twin has followed in his father’s footsteps and joined ISIS, working in their media unit. Incidentally it’s the media unit that would have been responsible for filming the execution of Ken Bigley. When Parvaiz decides he wants to come back to the UK, Aneeka begins a relationship with Eammon, the son of the Muslim born Home Secretary:

“I wanted Eamonn to want to do anything for me before I asked him to do something for my brother. Why shouldn’t I admit it? What would you stop at to help the people you love most?”

This is a a relatively short book that packs an almighty punch. The first 30 pages were a little slow but after that I couldn’t put it down. I knew a story about a Jihadi terrorist was unlikely to end happily but I was unprepared for just how upsetting and moving the book would become and I know this novel will stay with me for a very long time. A book about faith, lack of faith, devotion, love and family. A brilliant read. 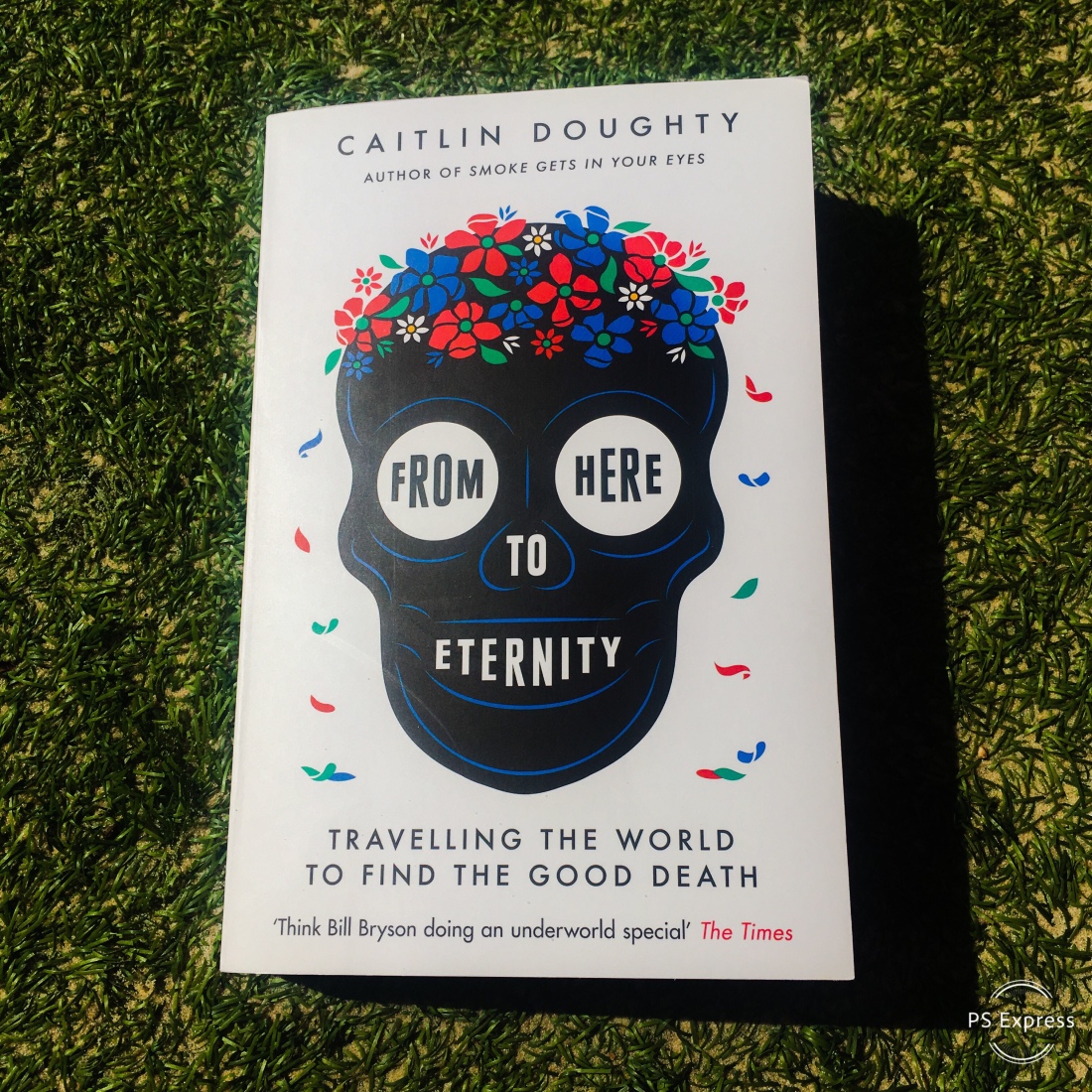 As a practicing mortician, Caitlin Doughty has long been fascinated by our pervasive terror of dead bodies. In From Here to Eternity she sets out in search of cultures unburdened by such fears. With curiosity and morbid humour, Doughty introduces us to inspiring death-care innovators, participates in powerful death practices almost entirely unknown in the West and explores new spaces for mourning-including a futuristic glowing -Buddha columbarium in Japan, a candlelit Mexican cemetery, and America’s only open-air pyre. In doing so she expands our sense of what it means to treat the dead with ‘dignity’ and reveals unexpected possibilities for our own death rituals.

My husband’s nan died at the beginning of July. She was 96, so had had a good life. She left behind her 3 daughters, 7 grandchildren and 7 great grandchildren. Luckily, she didn’t suffer a long and horrible illness. She slipped away in her sleep surrounded by her family.

The funeral was about a month after nan died. Driving back to London afterwards, my husband and I were feeling reflective. I haven’t been to many funerals and thankfully, I haven’t lost many loved ones, so death isn’t something I think about particularly. I’m not scared by it, more intrigued. It’s something I know I will have to confront…my parents and my own. I only hope that when death comes it will be like Nan’s and those I love, including myself will just slip away.

Last week, sitting in the funeral car, following the hearse at 19 mph, watching dog walkers and postmen remove their hats out of respect, I started to think what I would want, or rather, what kind of sanitised-death-spectacle I want my family and friends to attend. My husband decided he wants to be thrown into the sea and then for everyone to go to the pub and I see his point. I definitely don’t want the sombre funeral home send off – coffin disappearing behind little velvet curtains, undertakers (who I’m sure are lovely but people I have never met) loading my coffin into a slowly moving car. The whole spectacle of a funeral is quite scary. I don’t mean the nice readings, I mean the bare bones (pun intended), the logistics.

Where I live in SW London, there is a funeral home in between a Tesco Express and a Costa Coffee. There is no secret back entrance for bodies to be unloaded or loaded. We pass said funeral home on our way to nursery in the morning. We often have to wait while a coffin is loaded into a hearse. It obviously prompts lots of questions from my daughters. The coffin gets loaded and then people continue their day….taking kids to nursery, picking up milk and bread or buying a latte. It often strikes me weird – a life gone while we continue on. But that is what happens isn’t it?

This gets me onto Caitlin. If you haven’t heard of Caitlin Doughty she is a mortician, blogger, YouTube star and author. I read Smoke Gets In Your Eyes after it was recommended on the brilliant What Should I Read Next podcast. I loved it and have since suggested it to lots of friends. Doughty advocates death acceptance. She encourages us to accept death as something that will happen to all of us. She describes Westerners as ‘death phobic’ and suffering from ‘death anxiety.’ On reading From Here To Eternity it is clear that we are far from embracing death as readily as other cultures. I am happy that nan got the funeral she wanted….I’m not sure as a culture we are ready to live with our corpses like in Indonesia but it was definitely an illuminating read and provided food for thought!

Thanks for reading this month!!!